The story of my Mahogany 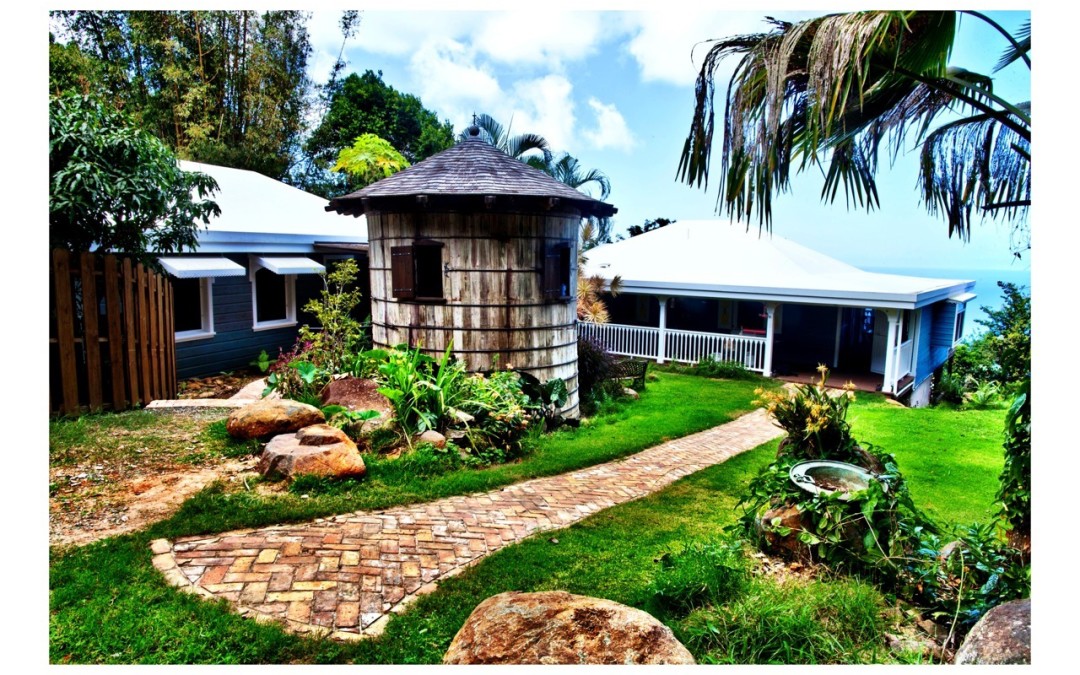 There are countless woods to work from but one of the best I’ve used is Mahogany. The many years spent living on St Thomas, Virgin Islands gave me the opportunity to collect the local grown Mahogany better known as Cuban Mahogany. The wood is commercially extinct and difficult to come by, having been cut down through the centuries for fine furniture and sailing ship repairs.

I collected the wood whenever I could but got most of it after a devastating hurricane had crossed the territory. In 1989 we had a particularly bad one named Hugo. The storm surge had washed over a peninsula where there was a large pile of Mahogany logs stored. They ended up washing out to sea with some of them getting tossed up on the rocky shoreline.

At the time my wife and I were living on a small island off of St Thomas named Water Island. I contacted the owner of the logs and told him a lot of his wood was on the rocks. He was busy at the time and said he was not going to recover it. I hatched a plan and started to collect what I could. I had a boat that I used to commute around the islands so I used it to drag the pieces off the shoreline. I pulled them up on a beach until I had recovered all I had seen. I owned a backhoe at the time and used it to transport the chunks (some were 600lbs.) up to a piece of land we had on the little island.

There they sat for years until I moved onto the bigger island of St. Thomas. I trucked the 5 tons of logs by barge to our future home site we had purchased high on a mountain side. The wood which was already very old and dry before I recovered it sat under my deck for another 15 years.

I had begun to use it for my artwork and learned to love it’s characteristics. In 2012 my daughters were ready to enter high school so my wife and I decided to relocate after 34+ years in the islands. We sold our beautiful tropical home (see pic) and began our move. The thought of leaving the Mahogany proved to be too painful so we moved lock, stock, and logs to Brevard, NC.
I contacted four Government agriculture departments in St Thomas, Puerto Rico, Jacksonville Fl, and finally North Carolina to see if there were any reasons why the raw wood could not be shipped. None of them indicated there would be a problem as long as I got the shipment fumigated prior to departure and a Phytosanitary Permit issued by the Virgin Islands department of Agriculture.

With the help of five strong men and a backhoe we had the twenty foot container loaded, fumigated and ready to sail. After a week of paperwork it was shipped to Florida. Upon arrival my customs broker called and informed me there was a problem. Department of Homeland Security had taken possession of the container and had moved it to their facility for further inspection.

I started to worry, seriously worry. What had gone wrong? That’s exactly what I was trying to avoid. What didn’t I do? A couple of nail biting days went by until I heard from Homeland Security that this species of wood was protected and therefore fell under the CITES act. It did not arrive with verification that it was harvested before 1992 and since it was already in Florida could not be certified and therefore will be returned to St Thomas. I was stressed to say the least. After all that careful planning and work, it looked like I was going to lose the wood and take a serious financial blow. I could not afford to ship it there and back again.

Homeland did say if they saw a certificate stating the wood was in fact collected before 1992, they would clear the shipment. I called Agriculture in St Croix VI and got them to write Homeland Security a letter stating the wood was cut prior to 1992. I can’t tell you how relieved I was. The container was unloaded at a construction material site then moved once again to my home in Pisgah Forest, finally! If you end up with one of my Mahogany pieces then you will know the wood had a history before my hands ever touched it.